Cybercrime is a widely discussed topic in the media, but most people have no real sense of the threat, how they are at risk, and how the cloud is defended. To give our enterprise target a transparent view into an attack, and bring the Microsoft “Trusted Cloud” story to life, we created three films, each running along the same timeline, but each revealing a different perspective. In the full experience, viewers click on the film/perspective they want to feature. In the video below, I’ve done the clicking for you.

The three films have serendipitous points of similarity that unite them throughout. Our characters from the three films cross paths creating a unique opportunity for connecting the films visually and conceptually. Music in all three has the same bed, but different tones and accents. Click between the films and the music shifts, but stays on track. The primary separation between the three films is the emotion that each evokes and the unique story of humanity and technology that unfolds.

The three individual films can be seen here: The Designer. The Hacker. The Protector.

We created a series of teaser videos that were utilized in video posts on Twitter and LinkedIn, via Microsoft owned and operated accounts such as @Azure, @MicrosoftIoT, @MSFTMobility, @MSHybridCloud, and @MSCloud. All using #TrustedCloud and driving to the experience at microsoft.com/trustedcloud. 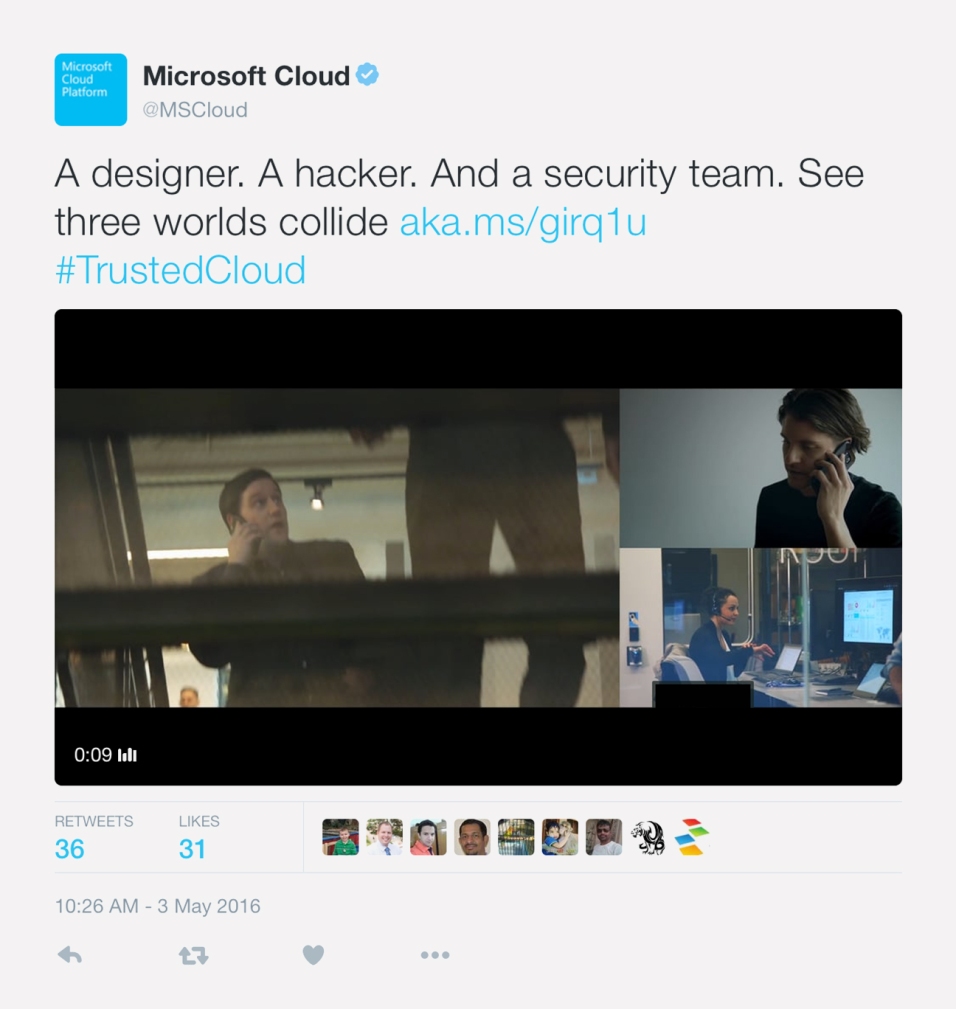